Special Attacks
Iaijutsu Strike (EX) +7d6 DMG to target of challenge. After challenge is issued but before attack is made against target, may choose to use iaijutsu strike as a standard action, making an attack roll with weapon as normal. Weapon must be sheathed prior to attack. –2 AC until next turn.
Brutal Slash (EX) If sword saint threatens a critical hit with iaijutsu strike, add (+6) bonus equal to 1/2 class level to the attack roll to confirm a critical hit.
Terrifying Iaijutsu (EX) Upon witnessing the Samurai's Iaijutsu attack, all foes within 30 ft must succeed a Will Save (DC 21) or be shaken for 1d4+1 rounds.

Class Abilities
Challenge: 5/day; Swift Action; Choose 1 target within sight to challenge. All attacks against target deal +13 DMG (equal to Samurai LVL). -2 AC to all enemy attacks except target. Challenge remains in effect until target is dead or unconscious, or until combat ends.
Ronin Challenge Effect: May issue counter-challenge against challenge, smite, quarry or similar effect from opponent. +2 Morale bonus to attack roll made against target and +2 Dodge bonus to AC against attacks from target.
Resolve: 6/day; 1 use regained when target of challenge is defeated (Up to max uses per day)
Determined: Standard action to remove fatigued, shaken, or sickened condition. If condition persists for more than 1 hour or is permanent, resolve removes condition for 1 hour at which time the condition returns.
Resolute: When required to make Fort or Will save, as an immediate action, may use resolve to roll twice and take the better of the two rolls. Must decide to use ability prior to saving throw roll.
Unstoppable: If reduced to fewer than 0 HP but not slain, may use resolve as an immediate action to instantly stabilize and remain conscious. Is staggered but does not fall unconscious and begin dying if taking a standard action. Falls unconscious if additional damage taken from any source.
Greater Resolve: After a critical hit is confirmed against him, the samurai can spend one use of his resolve as an immediate action to treat that critical hit as a normal hit. Effects that only trigger on a critical hit do not trigger when the samurai uses this ability.
Weapon Expertise: Katana Can draw selected weapon as free action (like the Quick Draw feat). Also, whenever threatening a critical hit with that weapon, gain a +2 bonus on the confirmation roll.
Demanding Challenge: whenever a samurai declares a challenge, his target must pay attention to the threat he poses. As long as the target is within the threatened area of the samurai, it takes a –2 penalty to its AC on attacks made by anyone other than the samurai.
Honorable Stand: 1/day may make an Honorable Stand. Immune to shaken, frightened, panicked conditions. Does not fall unconscious below 0 HP. Can use a resolve to re-roll a saving throw, but must take the second roll.
Without Master (Ex): The samurai can summon up her willpower once per combat to use in one of three ways: when an attack would reduce the samurai to less than 0 hit points but not kill her, she can use her willpower to instead be at 1 hit point and conscious. She can use her willpower after making an attack roll to confirm a critical hit in order to re-roll the confirmation roll. Finally she can use her willpower to take 10 on a skill check during combat even when the skill or situation would normally not allow her to take 10.
Order: Ronin
Adds Knowledge:Local and Survival to class skills
Self-Reliant: If fails Will Save with duration greater than 1 round, may attempt second saving throw at end of second round. Making save has same effect of the original save (negating all or part of effect.) Additionally, when brought below 0hp, can roll twice to stabilize, taking the better result of the two.
Edicts:
1) Protect oneself first and foremost. Nothing can be accomplished once dead.
2) Be beholden to no one. Debt, monetary or otherwise, should always be paid within the time constraints set forth prior to incurring good and/or services. Debt is simply another form of slavery.
3) Revere the sea. It is far greater than oneself.

Traits Touched by the Sea (+1 Swim and underwater attack penalty lessened by 1), Stormrunner (+2 Acrobatics to keep footing on uneven ground and unsteady surfaces)

Age: 20
DOB: Calistril 25, 4692 AR
Height: 4’11”
Weight: 115lbs
Eyes: Amber w/ Gold Flecks
Hair: Long black hair typically braided over her shoulder when working
Skin: Light-skinned tanned after several years on the sea.
Tattoos:
Large Sakura Tree covering the majority of her back.
Black and gold dragon stretching from wrist to wrist, spanning the upper part of her chest.
Typical Appearance:
When working: (daytime unless cold out) Chest wrap, kimono with attached date eri closed at the waist with an uwa-obi, and geta with 1” teeth. (nighttime unless cold out) same but with kimono on fully, arms tied back and out of the way.
When not working: (unless cold out) same as nighttime above.
When cold out: Kimono with uwa-obi over nagajuban, hakama and tabi (when not on a ship). All topped with haori for added warmth.
Rarely ever seen without her daishou.

Reiko always led a fairly peaceful life with her parents, Genryuu and Izumi, and her brother, Tatsumi (two years her senior). Having been raised as children born into a family of warriors, she and her brother went through relatively strict martial training from the time they could hold swords with the expectation that they would follow in their father’s footsteps and become samurai of the shogun. And that was what Reiko thought she wanted; its what she thought her brother wanted as well, at least until they found out the truth.

Reiko was just 12 years old, practically an adult by some culture’s standards. She and Tatsumi where told the truth about their birth. They were adopted. After Reiko was born, their birth parents, Kairi Jin and Aiko, decided they did not want their children raised on the seas with scoundrels, scallywags, and other less than savory folk. They returned to the Ushinawa Isles and left Reiko and Tatsumi with Aiko’s cousin, Genryuu, and his wife, Izumi, who could have no children of their own. However, from her point of view, her parents, adopted or not, were her parents, so the secret of their birth did not disrupt her life all that much, though she could not speak for her brother on the matter.

Two years later, Tatsumi left the home they grew up in. The only thing he said to her before he left on a ship just before the break of dawn was this: “I’ll be back after I have found our real parents.”

Certain that he would keep his word, Reiko waited patiently, continuing her studies and martial training, the months and years crawling by. He never wrote home, nor did he ever return in the three long years that she waited.

On her 17th birthday, Reiko announced to her parents that she would be leaving home too, in search of her brother. Genryuu and Izumi tried to dissuade her from leaving, insisting that Tatsumi must surely have passed on from this life since he never sent a message home about his goings-on. Her decision to leave could not be deterred, however. If her brother had passed on, it was all the more reason for her to pick up his torch in the search for their parents, though deep down, Reiko knew her brother was still alive somewhere.

Waiting for an auspicious day before setting sail, Reiko spent as much time with her parents as possible. She promised her father that she would keep to her training. She promised her mother that she would keep in touch during her travels. On the day of the next full moon, Reiko joined the crew of a trade ship and left the Isles, starting her own journey.

Over the next three years, she followed every lead she could to her brother or birth parents, joining various ship crews, pirate and trade ship alike, offering her services in exchange for bed and board to whatever destination would get her nearest to where ever the trails led. While she kept to her quest, Reiko began to understand, perhaps, why her brother never came home. It was the case, for her at least, that the sea touched her and held her firmly in its grasp. It called to her when she was not at sea. She no longer held the desire to return home for good, even if she found her brother and birth parents. Never the less, she would not stop her search until she at least found her brother, to know that he was safe.

Despite the sea’s call however, she kept her promise to her parents. Reiko kept up her training and sent a letter home each month, whenever she was at port, to keep them updated about her travels and how the search was going.

The month after her 20th birthday, Reiko had been following a lead on her brother to Port Peril where the trail abruptly ended. Over the next couple months, she spent much of her time on the docks or in the taverns frequented by pirates and/or trade ship crews in search of a new lead. She’d paid the dock master in exchange for information on ships making and leaving port as well as any other information he may have. Her funds were running low and she knew she would need to board another ship soon or her search would come to a definitive halt.

Luck was on her side, though some would probably have argued with her on that point. The Wormwood made port in Port Peril and she’d just happened to be on the dock when that happened. Even after probing several crew members as they left the ship, nothing turned up. That was the case until Scourge wandered up and interjected his knowledge on the matter. He insisted that he knew Reiko’s brother, meeting him when Tatsumi had joined the crew of the Wormwood. Scourge was not clear on Tatsumi’s current status, his whereabouts or if he was even alive.

However, knowing that he’d been on the Wormwood was more than enough information to draw Reiko in. If Scourge had information on her brother, then surely some of the other crew members would have some information as well. During their conversation, Scourge had mentioned that they were in port to “recruit” some new crew members, so Reiko offered her services under few certain conditions. He told her when they’d be leaving port and to make sure she was on board before that time or there would be hell to pay… 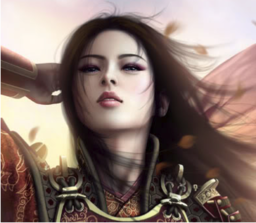