Master of the Gales

Captain of the Kraken

APPEARANCE
The Master of the Gales is an aged man with a lean, bronzed frame and leathery skin — the product of a lifetime of hard work under the open sky. The years have not worn away the grizzled captain, but condensed and distilled him, making him tougher, more tenacious, with an unyielding manner and bearing. A wild mane of dark gray hair and a long, flowing beard swirl around his head and shoulders like an imminent storm cloud, and his sweeping, iron-blue gaze feels like stiff icy wind blowing off a roiling ocean.

BACKGROUND
Many legends surround the man known as the Master of the Gales, but all seem to agree on two points — that he was born in the Sodden Lands, and that his birth occurred in the midst of one of the freakish hell-storms that bombard the perpetually waterlogged landscape. His original name is now lost to time; some say it has even been forgotten by the man himself, but only when
well out of his exceptionally keen hearing. While the Master of the Gales never speaks of his past, he has been known to show uncharacteristic moments of unbridled anger at the merest mention of the Koboto, and local Drenchport superstition holds that appearing in the Master of the Gales’ presence with one of the goz masks favored by that tribe is an exceedingly foolhardy deed.

A prominent member of the Shackles’ Pirate Council, the Master of the Gales rules the town of Drenchport on Tempest Cay with a loose hand, preferring to spend most of his time on his flagship, the xebec Kraken.

PERSONALITY
The Master of the Gales sees piracy at sea as a simple extension of the hunter-prey relationship in nature, and he’s an apex predator in this realm. Those ships that see the Kraken bearing down on them find their masts split by lightning, their sails shredded by howling winds, and their crews flung into the heavens or swept overboard by malevolent whirlwinds and living waves. Master of the Gales 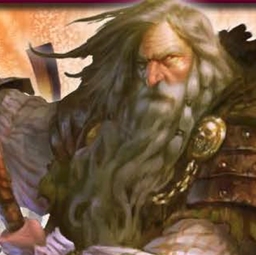